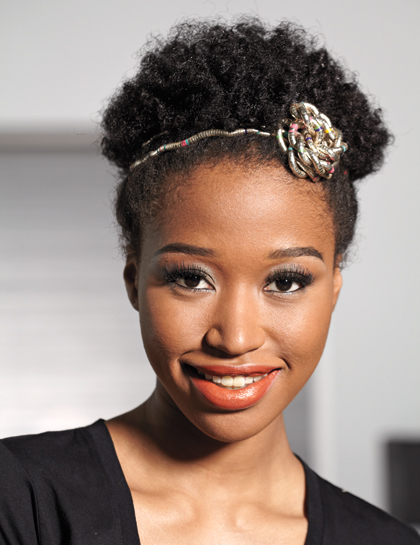 “Hair relaxer sales are suffering as the natural hair trend is on the rise in black hair,” reports Mintel, a global market research group.

I don’t know about you, but for me this is excellent news. Even though this is an American study, to me it simply means that more women are embracing their natural textures, and are thereby more accepting of themselves.

According to the research, which was released late last year,  relaxers account for just 21% of black hair care sales. In addition:

I have not seen any official figures for South Africa yet, but judging from the rise in South African natural hair blogs as well as the slow but steady increase in availability of  natural hair products, there definitely seems to be a demand for natural resources and an awareness that natural is the way to go.

According to Allarice Prinsloo, a transitioning naturalista from Jo’burg, she stopped relaxing her hair 5 months ago because it was overly processed. “Too many relaxers and heat damage from blow-drying and flat-ironing caused my hair to become brittle and break off. It would literally be lining my pillowcase when I woke up in the morning!  So I simply decided to stop the madness and to start respecting my hair.”

With the Mintel research also reporting that forty-eight percent of black women believe natural or curly hairstyles exude confidence, here is hoping that even more women of colour across the globe embrace their natural selves.