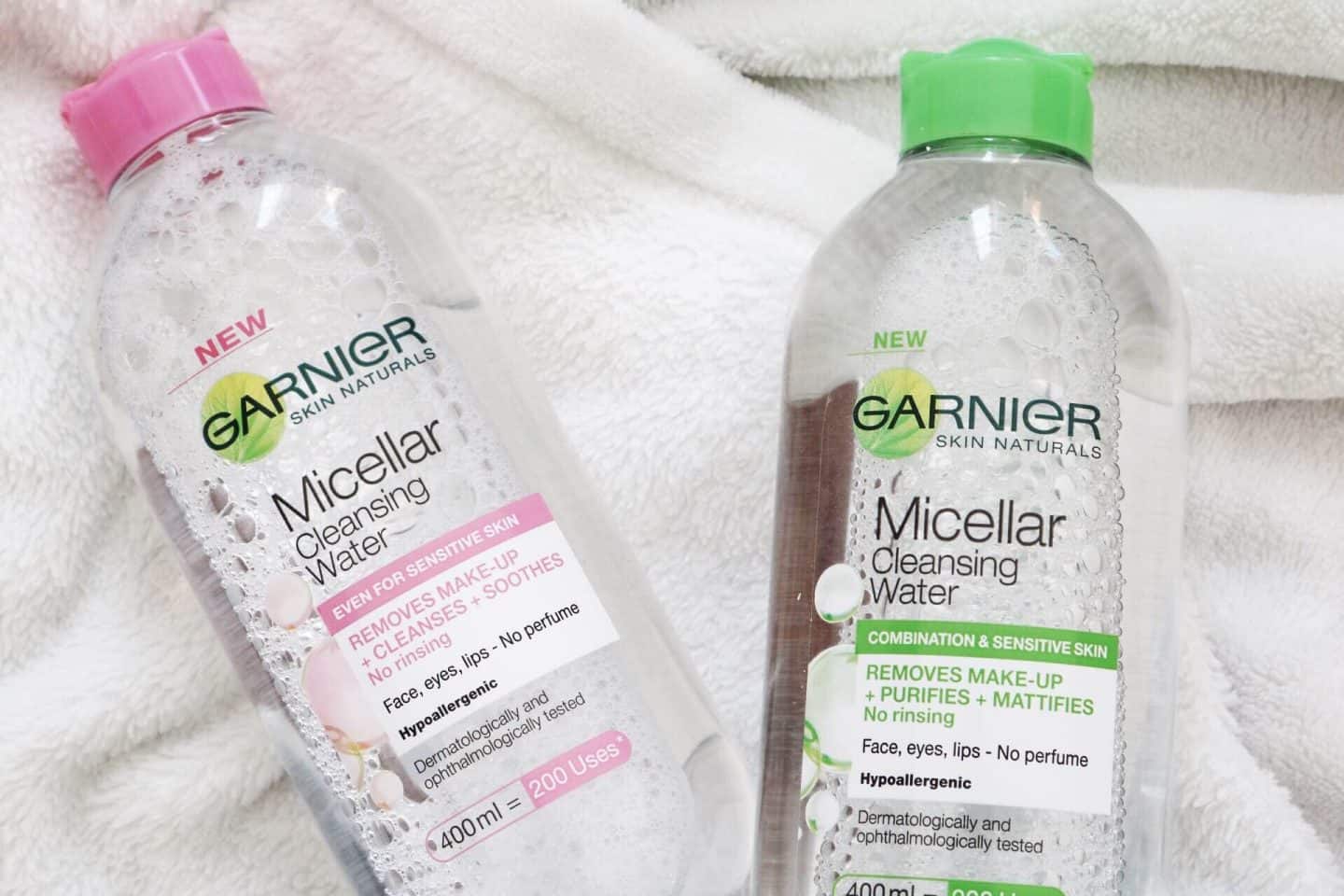 When it comes to cleansing water and specifically Garnier Micellar Cleansing water, I realise I’m very late to the party. It launched in South Africa in about July / August last year after I had just moved to Johannesburg. Considering that I’m often on the hunt for gentle, yet effective cleansers and makeup removers I’m not quite sure how I missed the boat with this one. (It must have been because I was 7 months pregnant at the time and I probably wasn’t taking too much note of new products over that time period.) Nevertheless it has been on my radar for the last few months and when I saw that it was on special at my local Boots Store recently, I decided to finally give it a go. 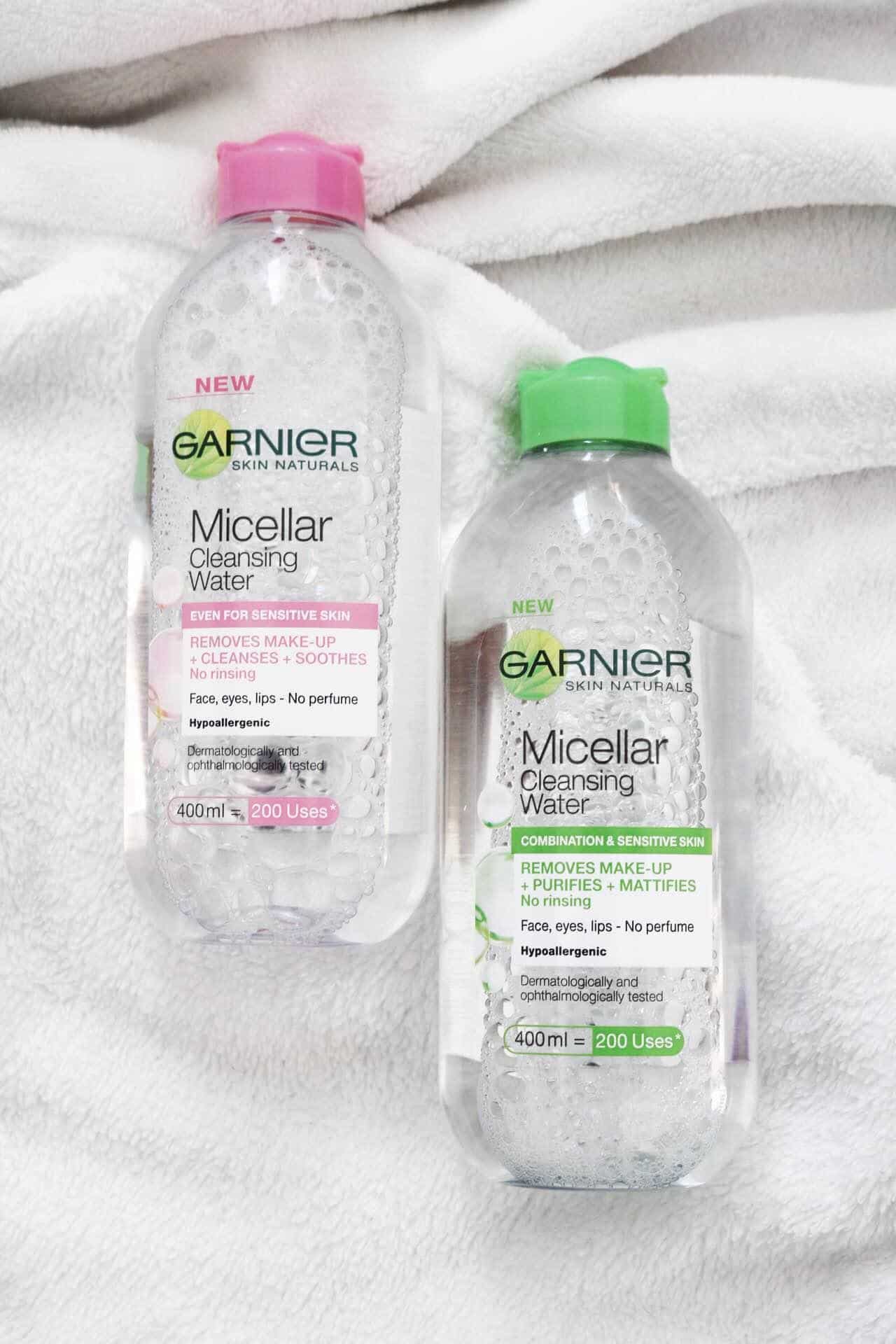 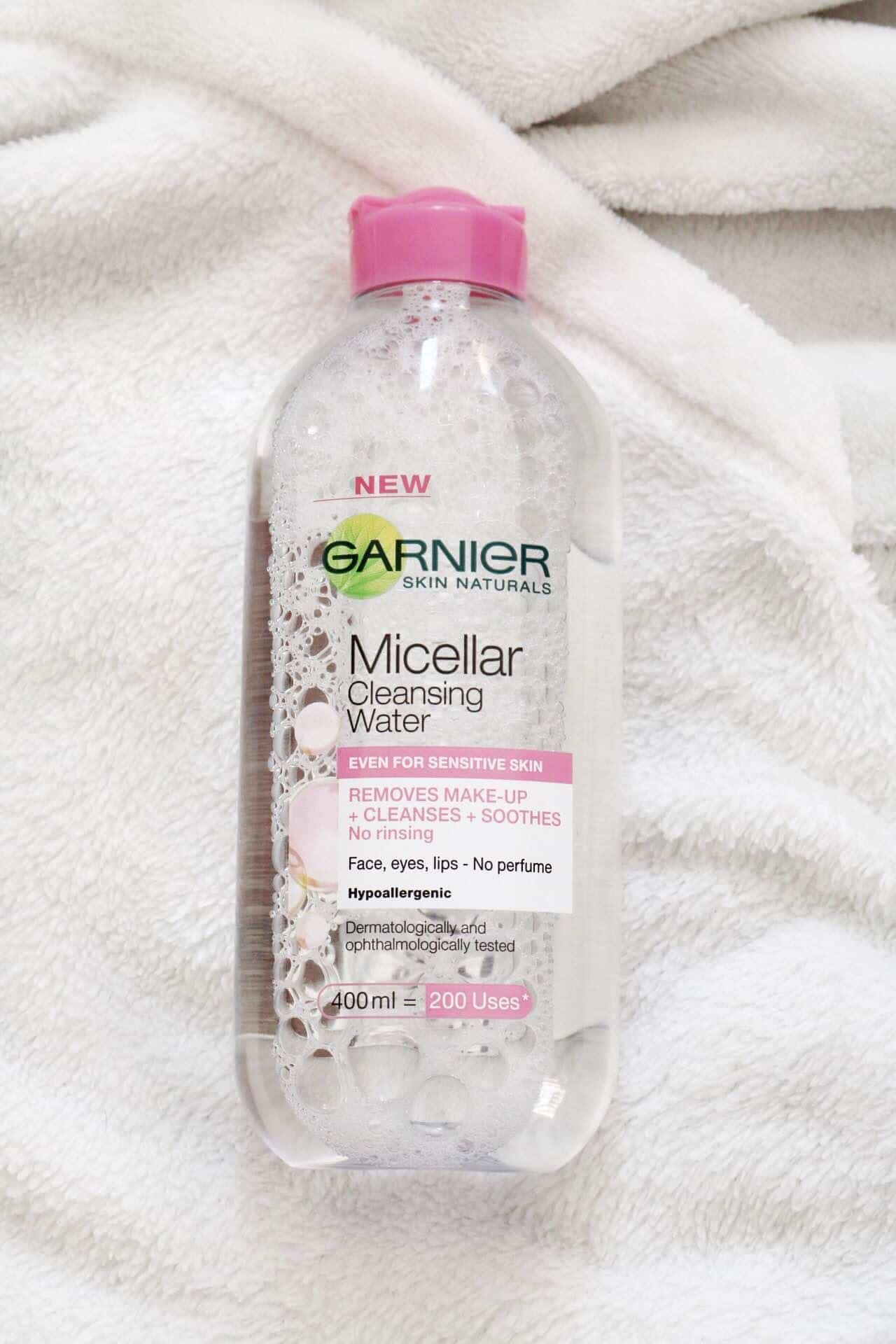 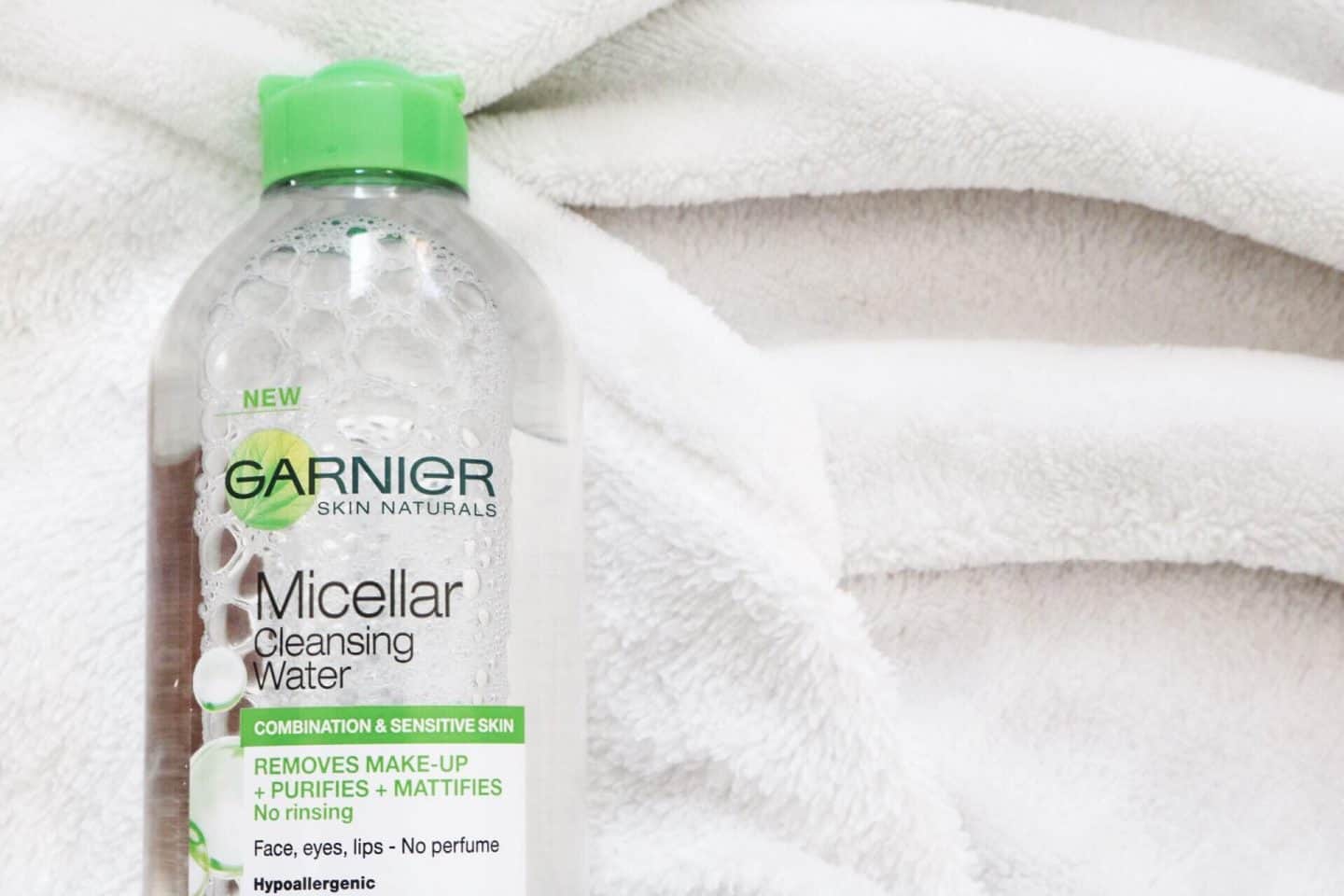 When I initially heard of it I couldn’t quite grasp the concept of  a water that can cleanse your skin of makeup and the entire day’s impurities all by itself. So I looked it up. And just in case you didn’t know either, micellar water is made up of miscelles (tiny balls of cleansing oil molecules) suspended in soft water. The idea is that micelles are attracted to dirt and oil, so they are able to draw out impurities without drying out the skin. Apparently it can be used as a facial wash, makeup remover and moisturiser all in one.

Now I have to say that even though I have been very impressed with it since it does actually do what it says, i.e. it removes most of my makeup effectively, I really do still have to go ahead and wash my face with water and some type of cleanser. I’m already a big fan of both  oil cleansing  and cleansing my skin twice anyway, so adding the micellar water to my regime has slotted in quite nicely.

I’ll start by soaking a cotton pad with the water, and then wiping it all over my face. It’s pretty effective at removing my makeup without me having to rub my face aggressively. Unfortunately it doesn’t remove waterproof mascara, so at this stage I will reach for my coconut oil or an eye makeup remover, followed by my regular cleanser. After that I’ll tone and moisturise my face. 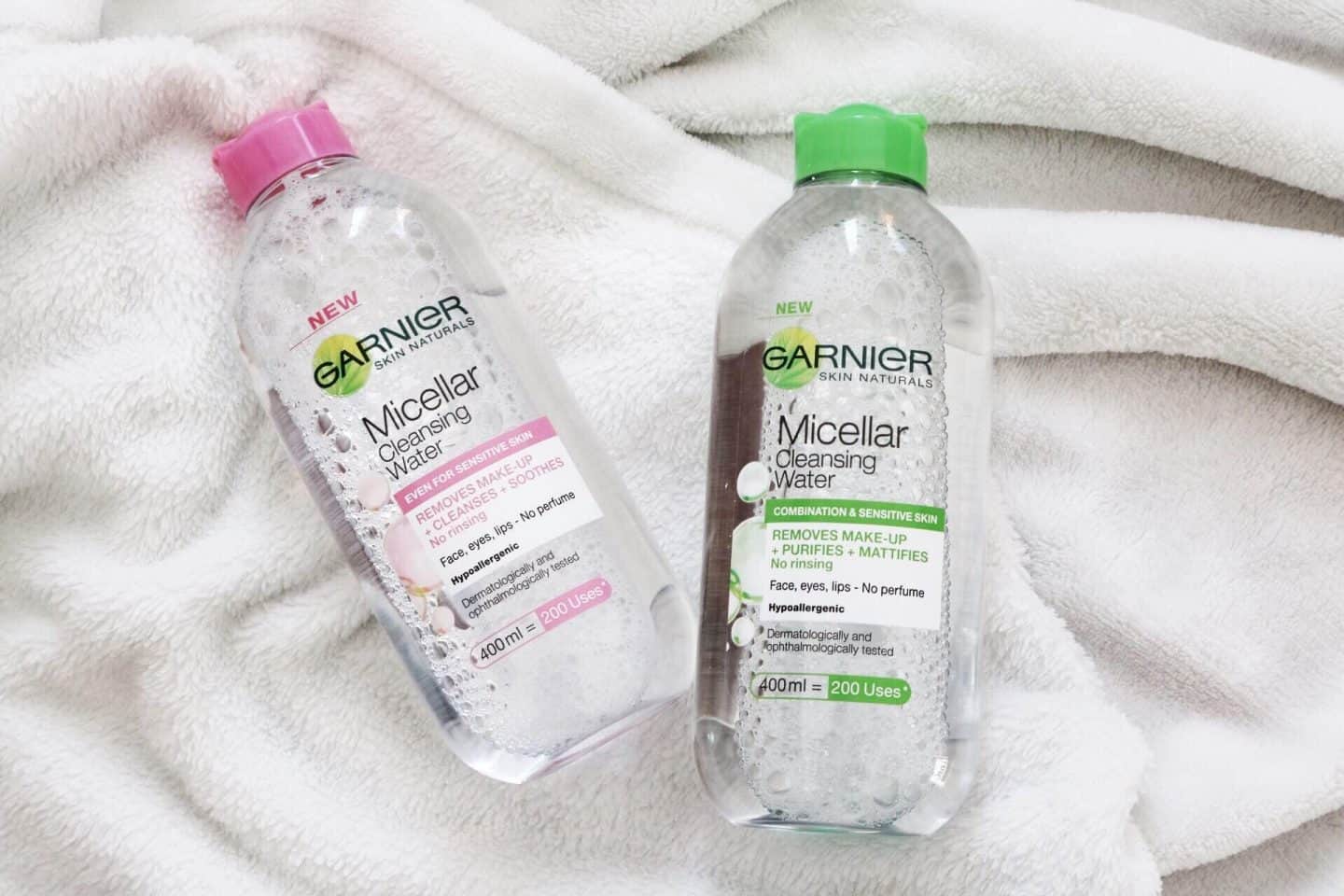 My skin has taken to it rather well. I was a bit worried initially as I have read that it’s caused some people to break out, but luckily this has not been an issue for me. I’ve also tried both the pink and the green bottles – the pink is Garnier’s original micellar water that came out last year and the green one was launched this year and is for combination and sensitive skin. I’ve honestly not noticed much of a difference between the two regarding their efficacy on my skin. Admittedly, it could work differently on your or someone else’s skin, especially the green bottle as it does contain denatured alcohol, which is not present in the pink bottle. The green one is supposed to mattify the skin and remove excess sebum, which I guess is the role of the denatured alcohol.

But overall I love Garnier’s micellar water for the following reasons: It’s easy to use; it’s a quick and effective way to remove my makeup; it doesn’t irritate my skin, and my skin doesn’t feel dry after using it.

Let me know, how do you remove your makeup and have you used Garnier Micellar Cleansing Water before?