Home » My 2-step plan to diminish dark under eye circles 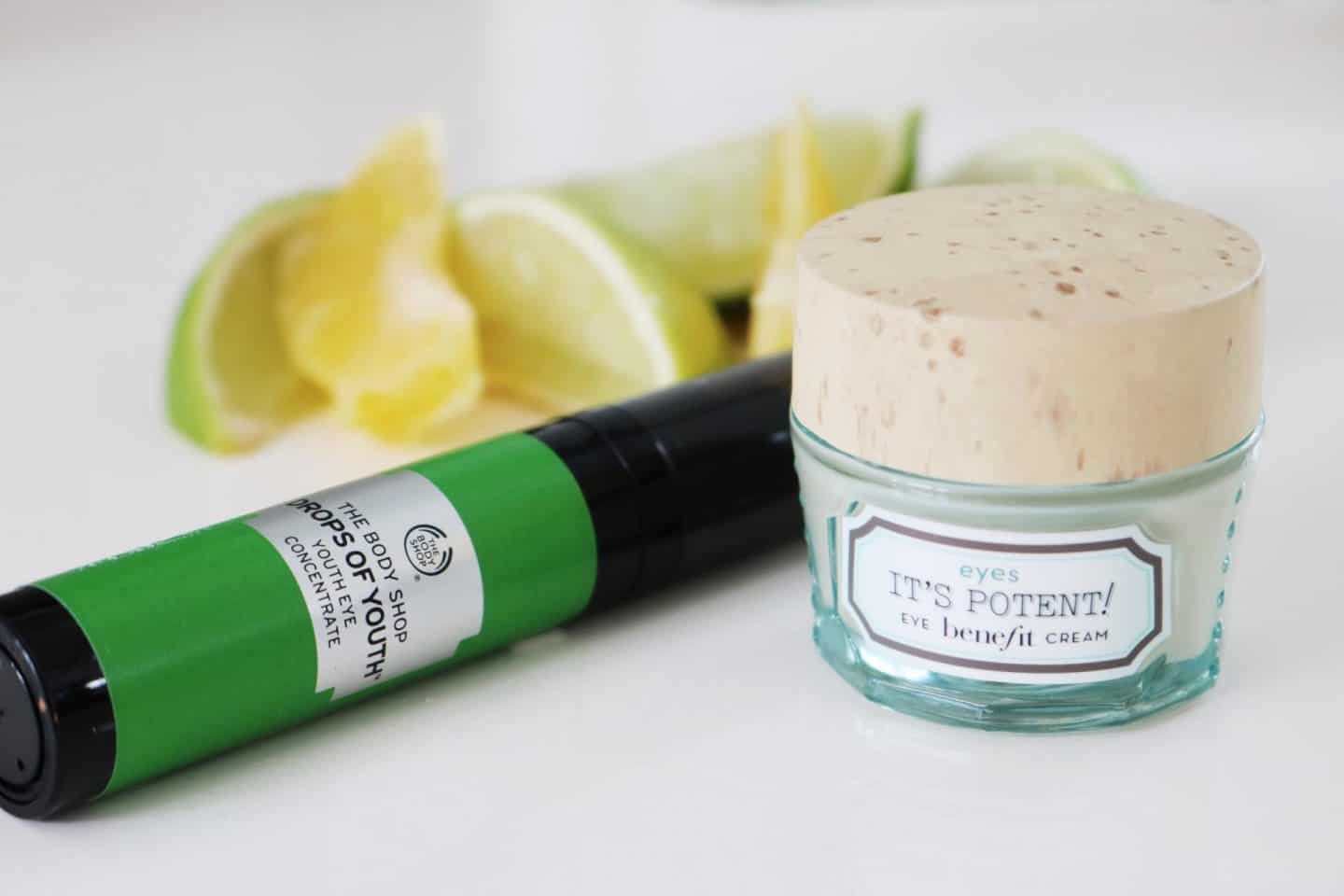 With ageing, having a baby and subsequently sleeping a lot less than I ought to along with probably not drinking enough water, has come the surge that is known as dark under eye circles. I would not be lying if I said that it literally is the bane of my existence right now. It has gotten to me so much that for the first time in my life I’ve gone out and purchased products specifically targeted at reducing their appearance. Annoyingly, they are still visible when I try to hide them by wearing makeup, but there’s only so much concealer a girl can pack on before it starts to look cakey.

Very recently a friend of mine told me that he’s tried just about everything for his under eye circles and that the only thing that has worked to reduce them was… Wait for it. Botox. I can confirm that the skin under his eyes do look smooth and probably don’t have as many lines in them as I have. I’ll even admit that I entertained the thought for myself for a mili-second, but then the naturalista in me took over and I quickly let go of the notion. Even though I realise using store bought creams aren’t all that natural, I don’t think I could go as far as Botox. So for now I’m putting all my hopes and dreams into these two babies: The Body Shop Drops of Youth Eye Concentrate and Benefit It’s Potent! Eye Cream. 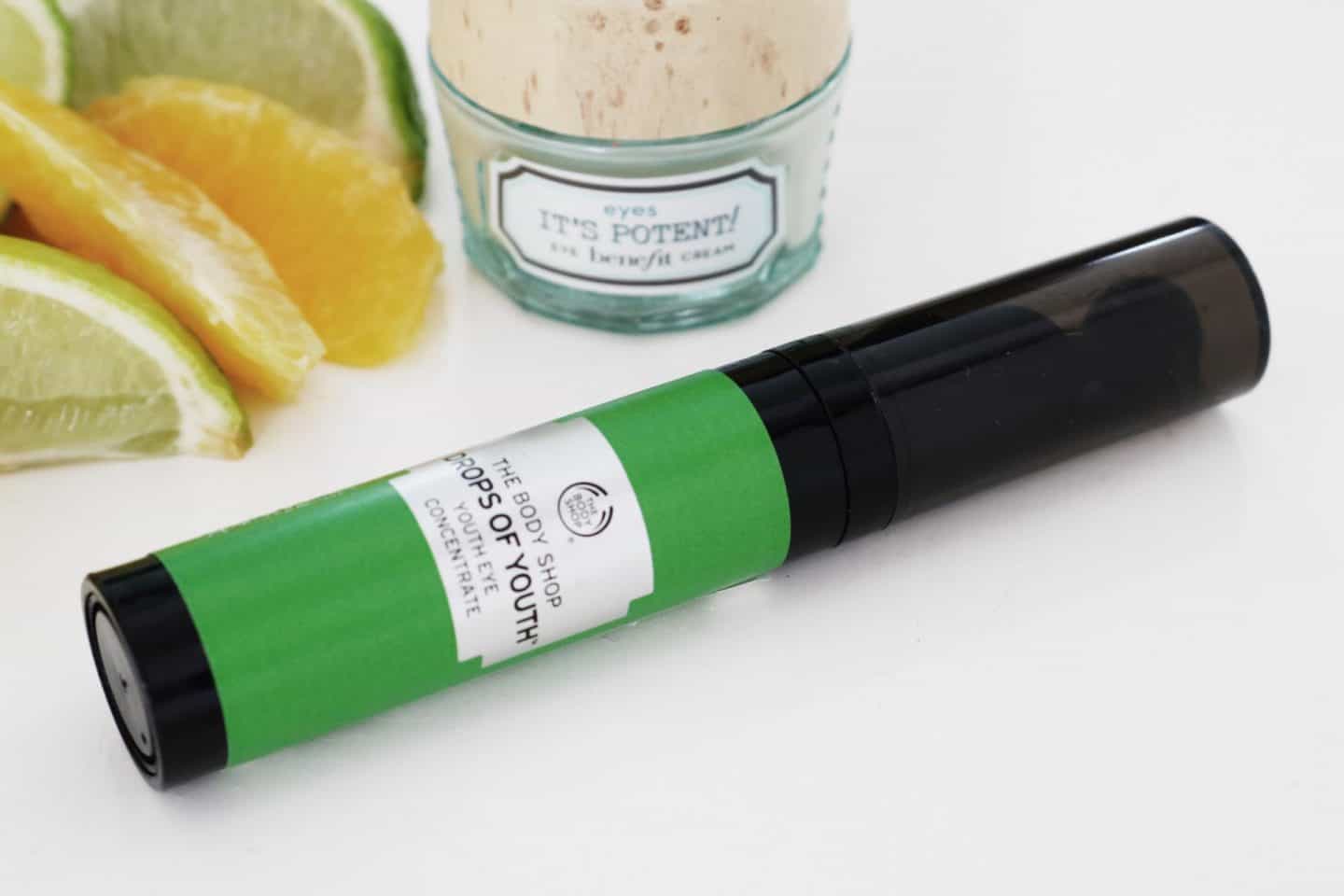 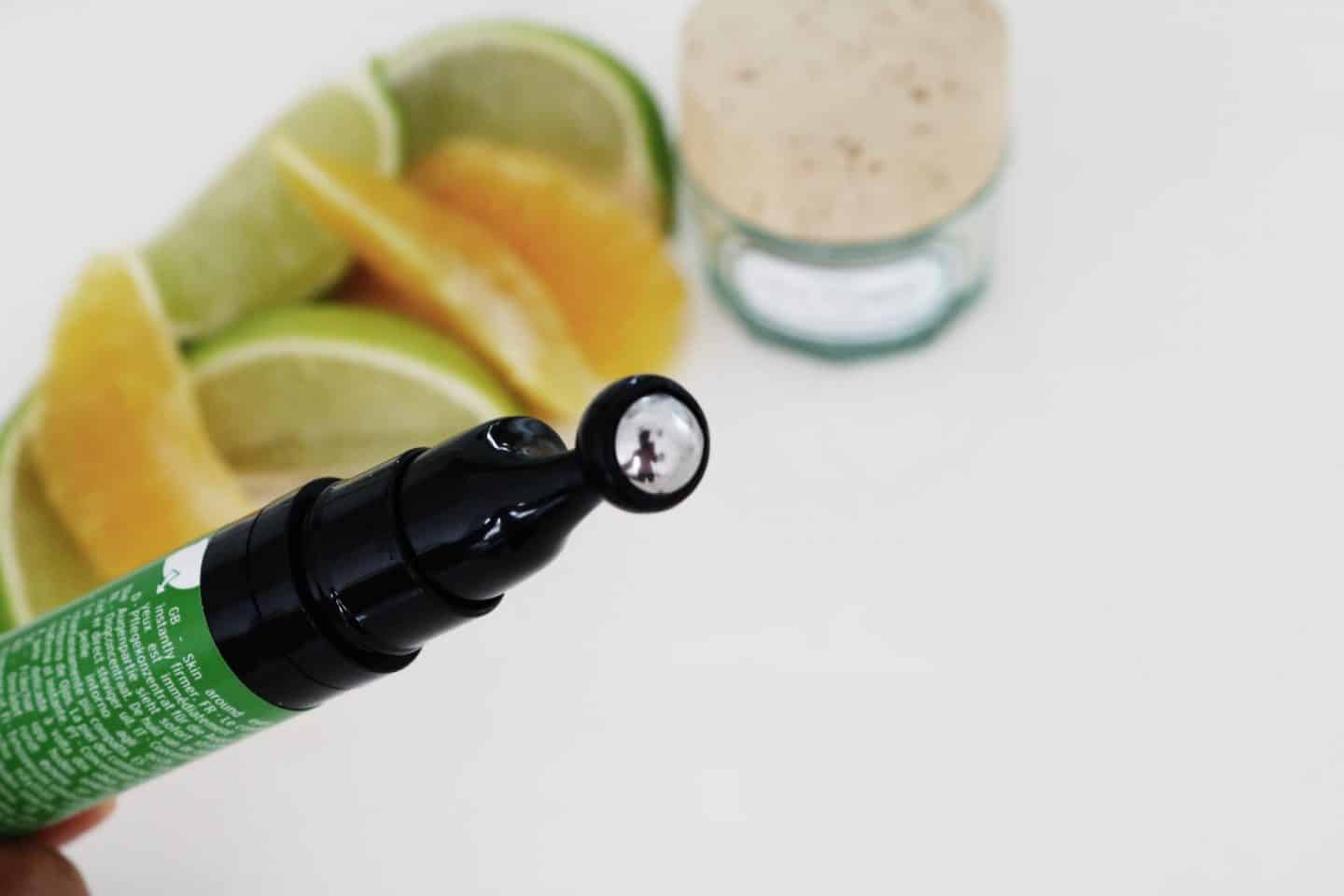 As the title of this post suggests, my plan consists of two steps. Every morning and evening and right before I apply my moisturiser I apply the Drops of Youth Eye Concentrate. It’s a serum that promises to make the skin around the eyes look instantly firmer. It’s enriched with Edelweiss plant stem cells, which instantly refreshes the eye contour and smoothes out the appearance of lines, bags and fatigue for younger looking eyes. Just to be clear I’m not necessarily after younger looking eyes, just eyes that are a bit less baggy, and brightened up.

It’s presented in a long green cylindrical container with a cooling roller ball pump applicator. I apply it by giving the applicator one pump, thereby releasing a bit of the serum onto the roller ball, and then rolling it onto my under eye area. At once I can feel the cooling sensation of the roller ball, which I really love. It’s so refreshing! Then I use my ring finger to gently press the concentrate into my skin. I love that the serum is very light and quickly absorbs into my skin. 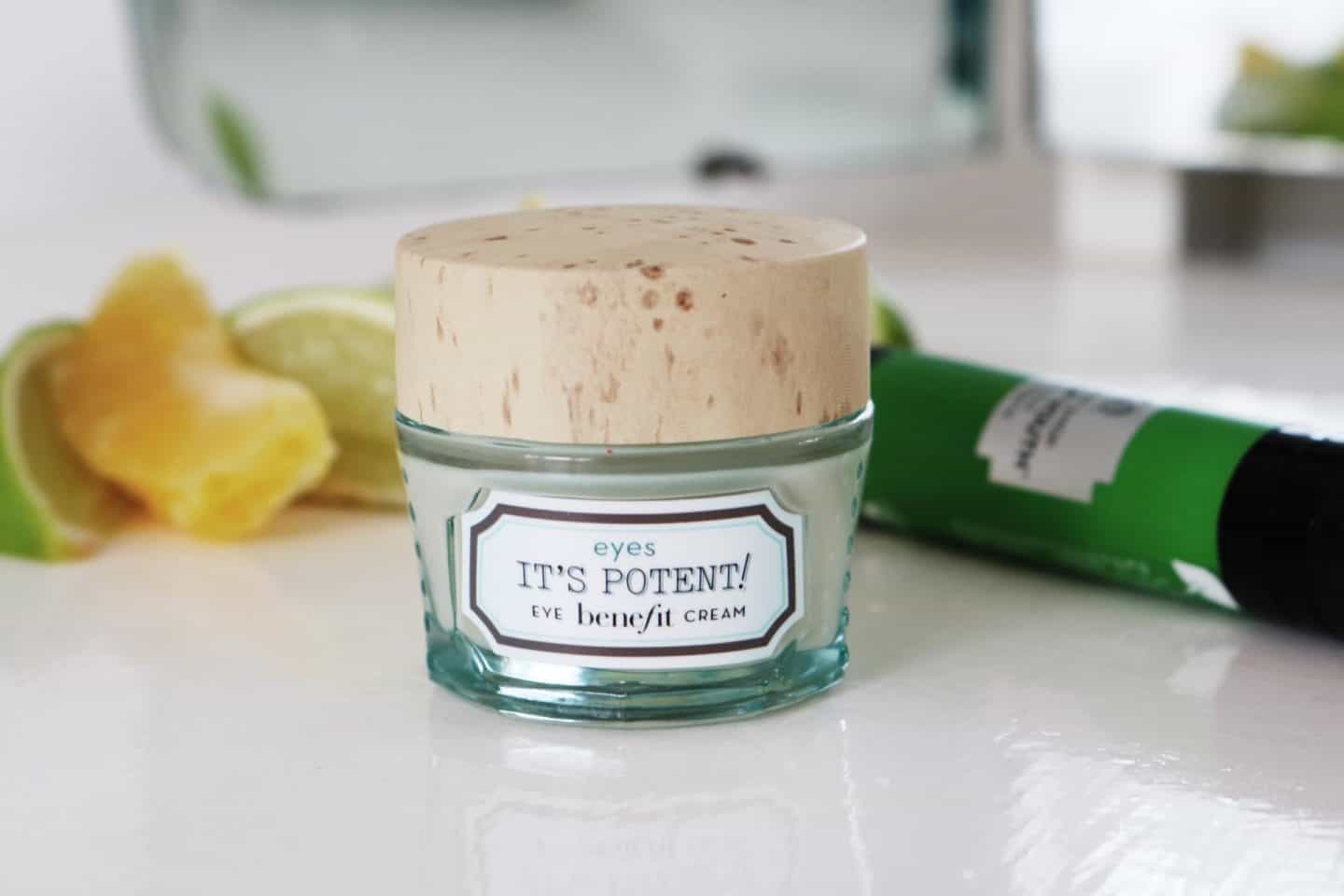 Once the serum has completely absorbed into my skin, I move onto the second step: applying the It’s Potent! Benefit Eye Cream. This cream claims to fade dark circles and helps to smooth fine lines for brighter and younger-looking eyes. It contains a peptide complex known to help restore elasticity & firmness, a blend of hydrating botanical extracts and loquat extract, apparently known to help protect the skin from free radical damage. I’m hoping it’s not just my imagination, but I am noticing a slight difference in my skin already. The dark circles are slightly lighter, slightly brighter and whether it’s from using the cream alone or with the Drops of Youth serum I don’t really care! As long as there is some type of visible difference, even if it is only noticeable to me.

Have you ever used one of these products? Better yet, let me know what you use to combat dark under eye circles?