Home » When two “Bossiekoppe” unite and The Curly Girl Tag 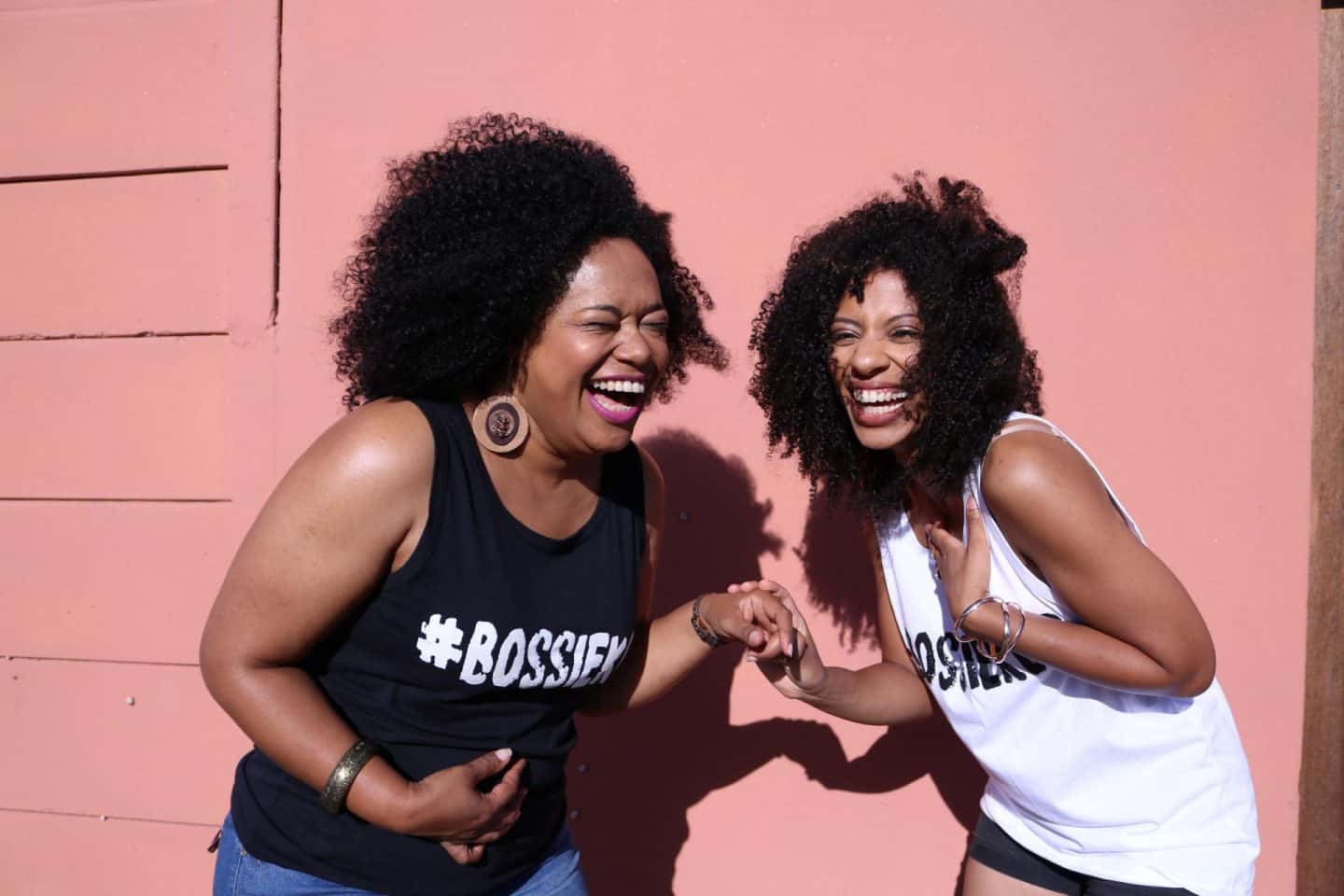 Sometimes you’re just so inspired by someone and you get along with them so well that when your working relationship is such a hit it blossoms into an amazing friendship. It’s not often that this happens so when it does, I think it’s important to celebrate it, which is why the original “Bossiekop” herself, Amanda Cooke aka @capetowncurly of themandyexpedition is making another appearance here today. I first featured  her when I interviewed her about her natural hair journey a couple of years ago, which you can read about over here. In turn she featured me on her blog over here. Since then we’ve started working together closely due to our passion for natural hair and everything it entails.

Fast forward to the day before the Cape Town Natural Hair Fest when we were putting the final touches on the event, we decided to end the working day with a couple of fun shoots: firstly filming a YouTube video together called The Curly Girl Tag, and secondly a photo shoot showcasing her t-shirt brand “Bossiekop”. I decided to ask her to explain the philosophy behind “Bossiekop” to me.

“Translated from Afrikaans (my second language) it means bushyhead. When I was growing up on the Cape Flats the word was used in a rather derogatory manner. Referring to someone as a “bossiekop” meant that their hair was untidy, unkempt or unruly – a big NO in my community. Coloured girls always made sure their hair was either chemically relaxed or swirled. Curly hair was basically a non-negotiable area.
I had completely forgotten about the term until a friend pulled at a few of my curls and called me a “Bossiekop” with a big smile on his face. My first reaction was to be offended but then something strange happened. I smiled back. I realised then and there that I was in fact a “bossiekop” and I was proud to be called one too. No longer would I be judged or ridiculed by name calling because of my curly afro hair. I became who I was always meant to be – “The Bossiekop.”

From there she decided to put the name on a t-shirt, wear it proudly and influence others to do the same. Of course I could not pass up the opportunity to wear mine for this fun shoot either. Scroll down to see how we made the streets of Mandy’s ‘hood our runway and make sure you watch our Curly Girl Tag video at the end of this post. I’m not going to lie: this is a long picture-heavy one, so you’d better get comfortable. 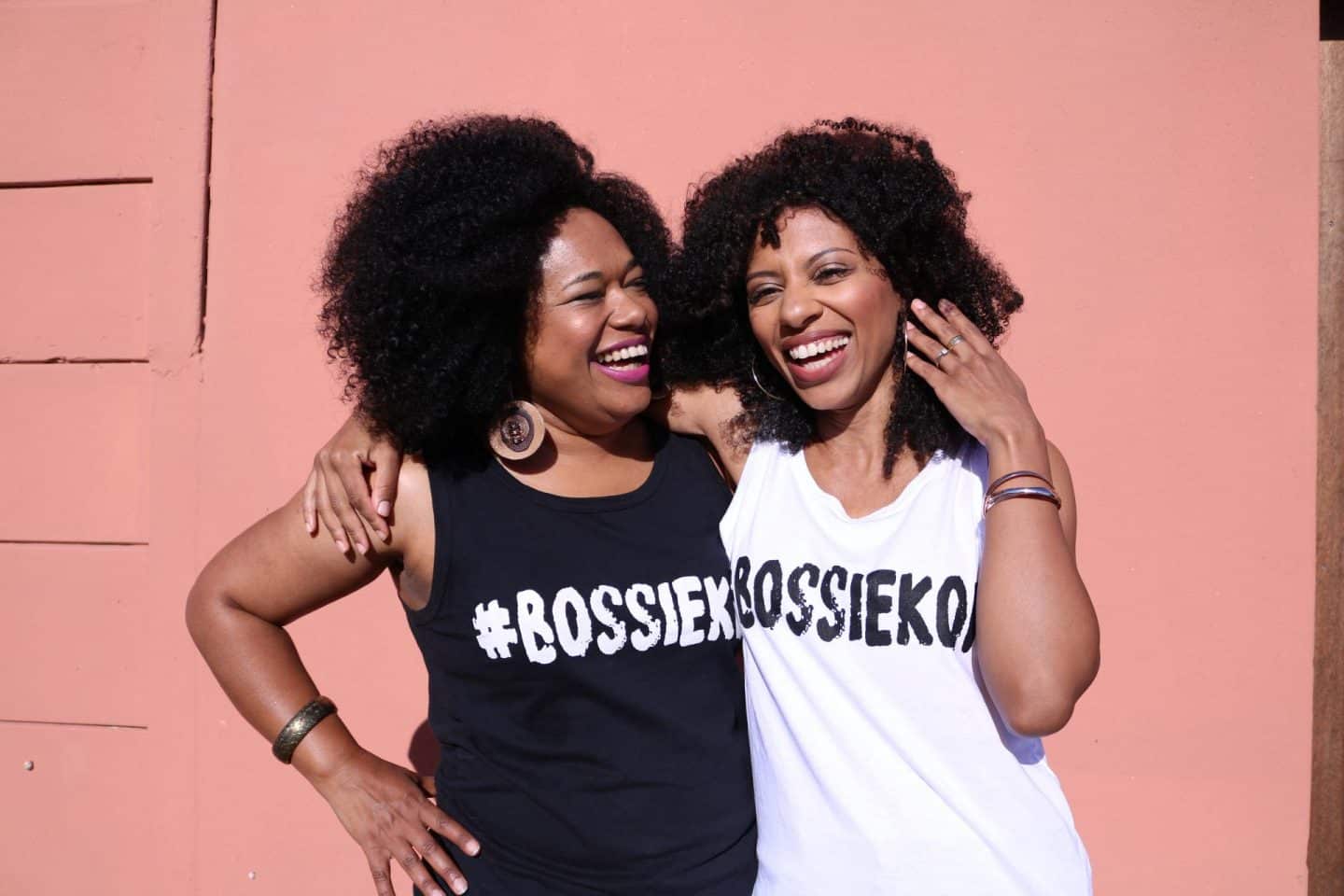 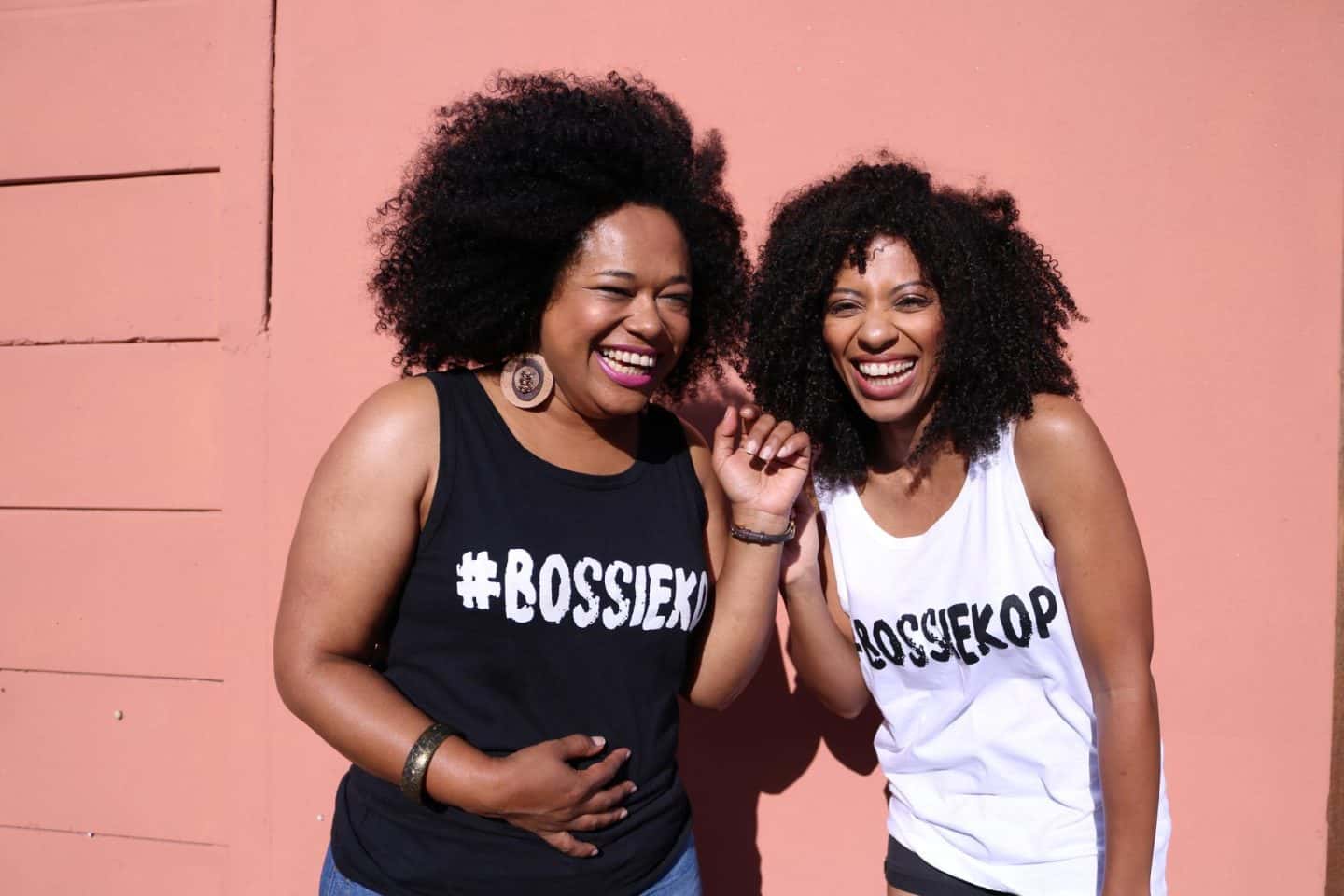 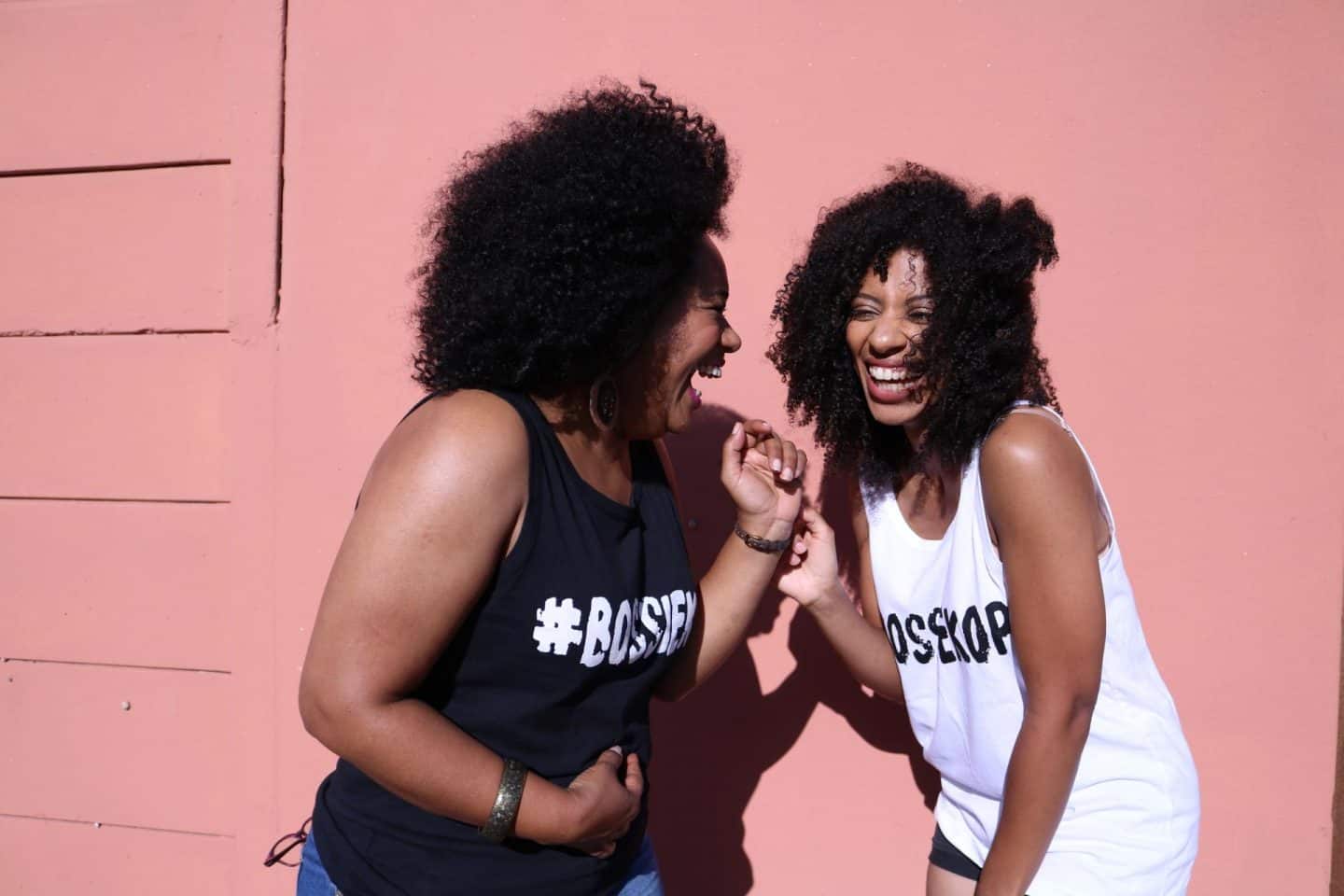 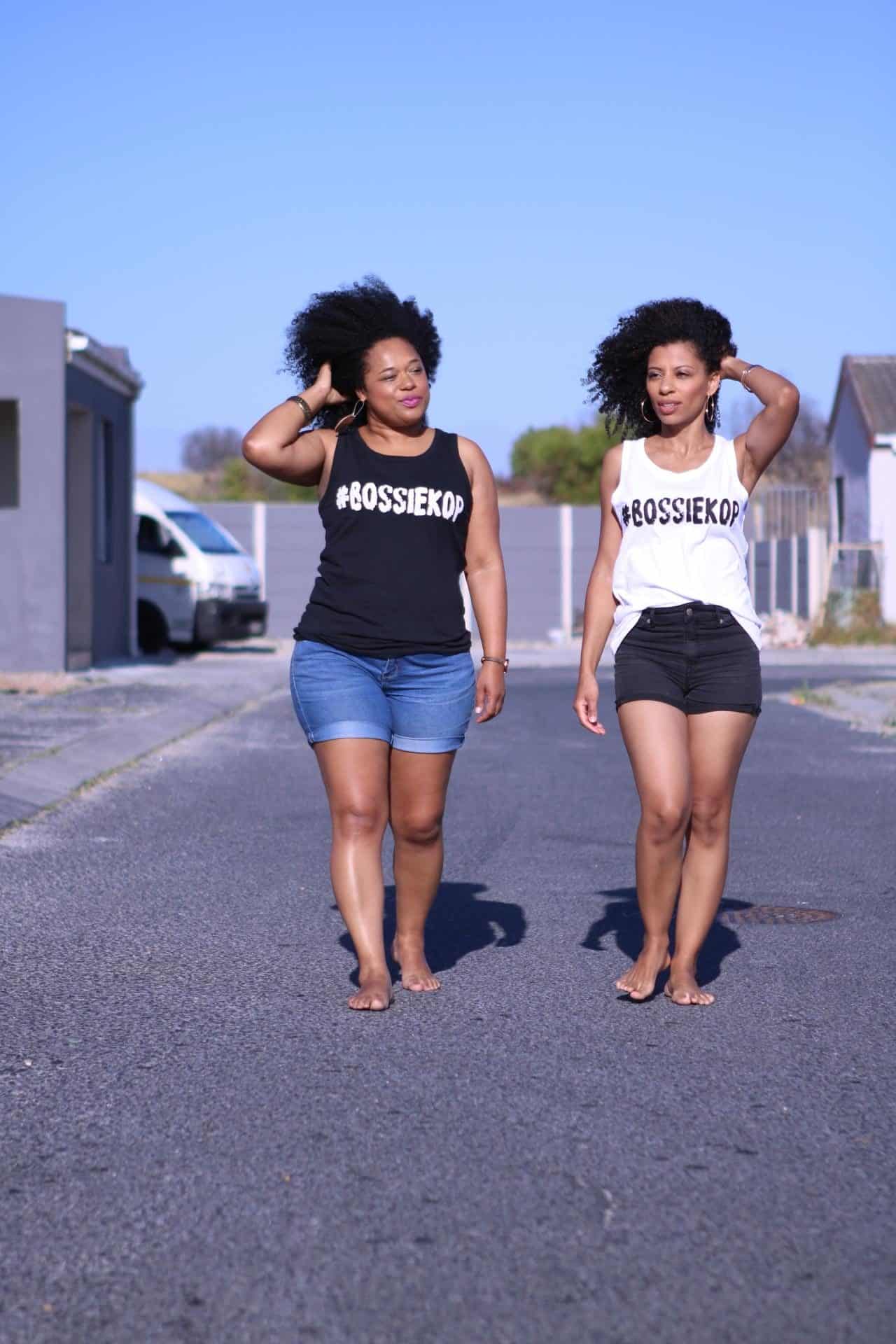 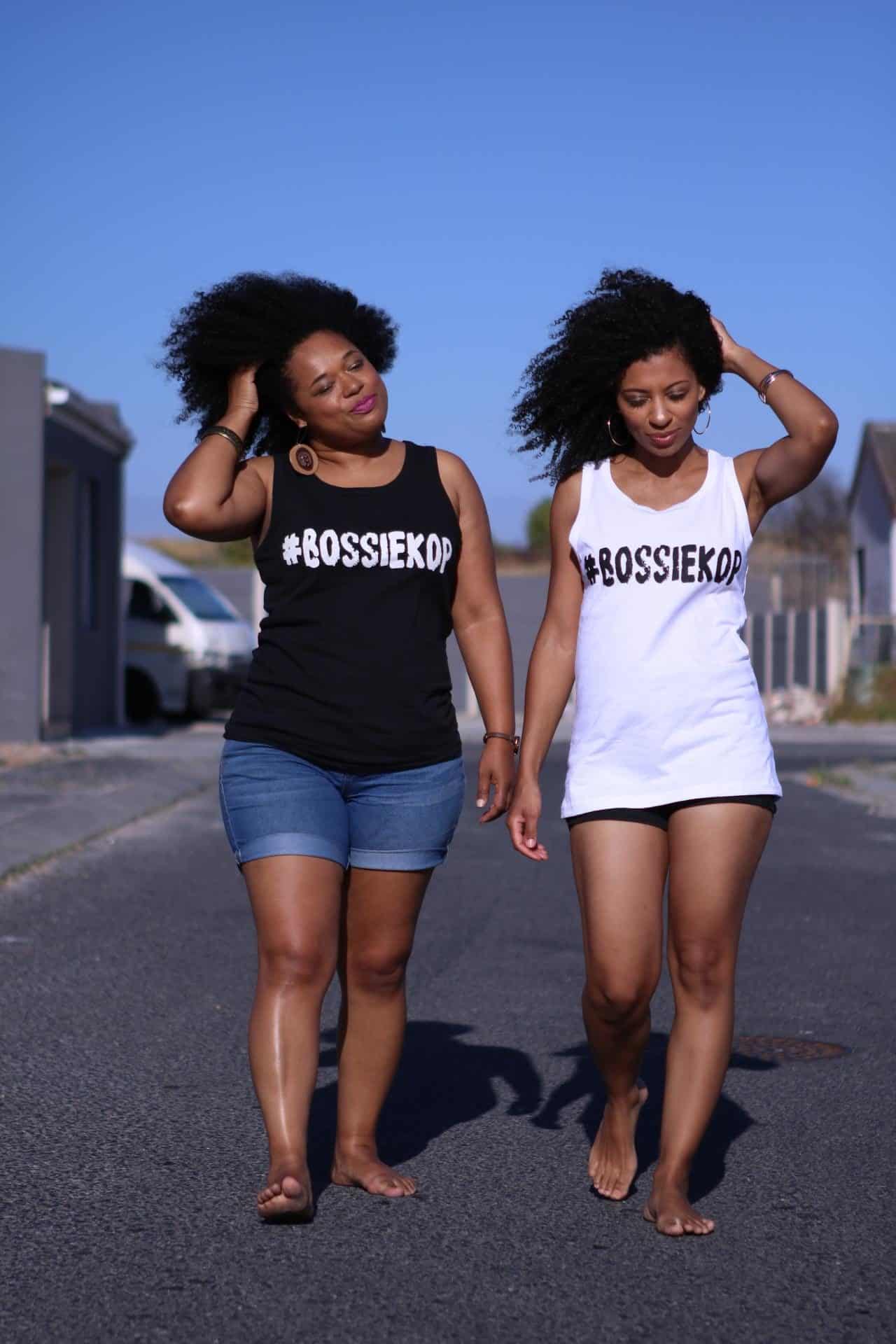 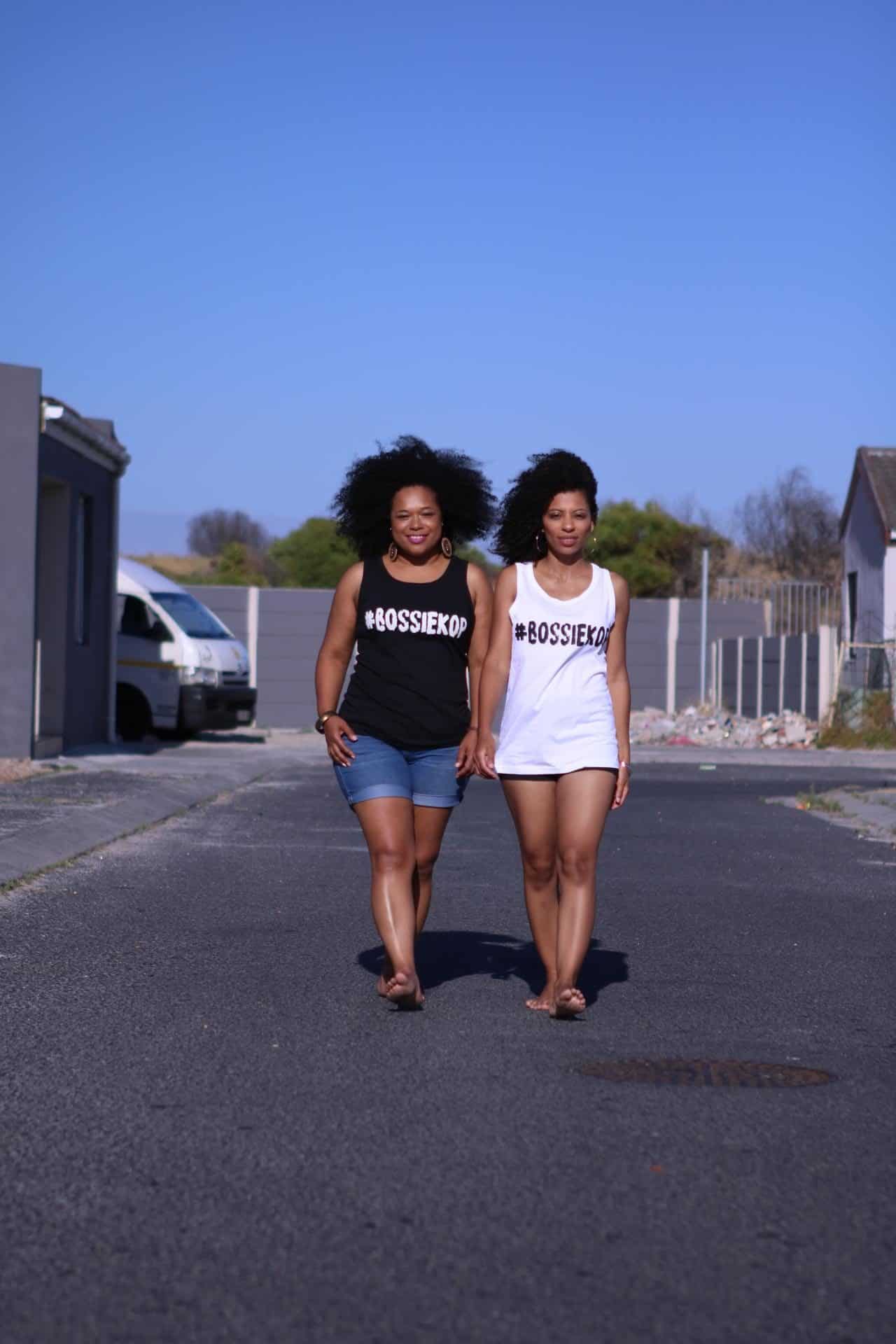 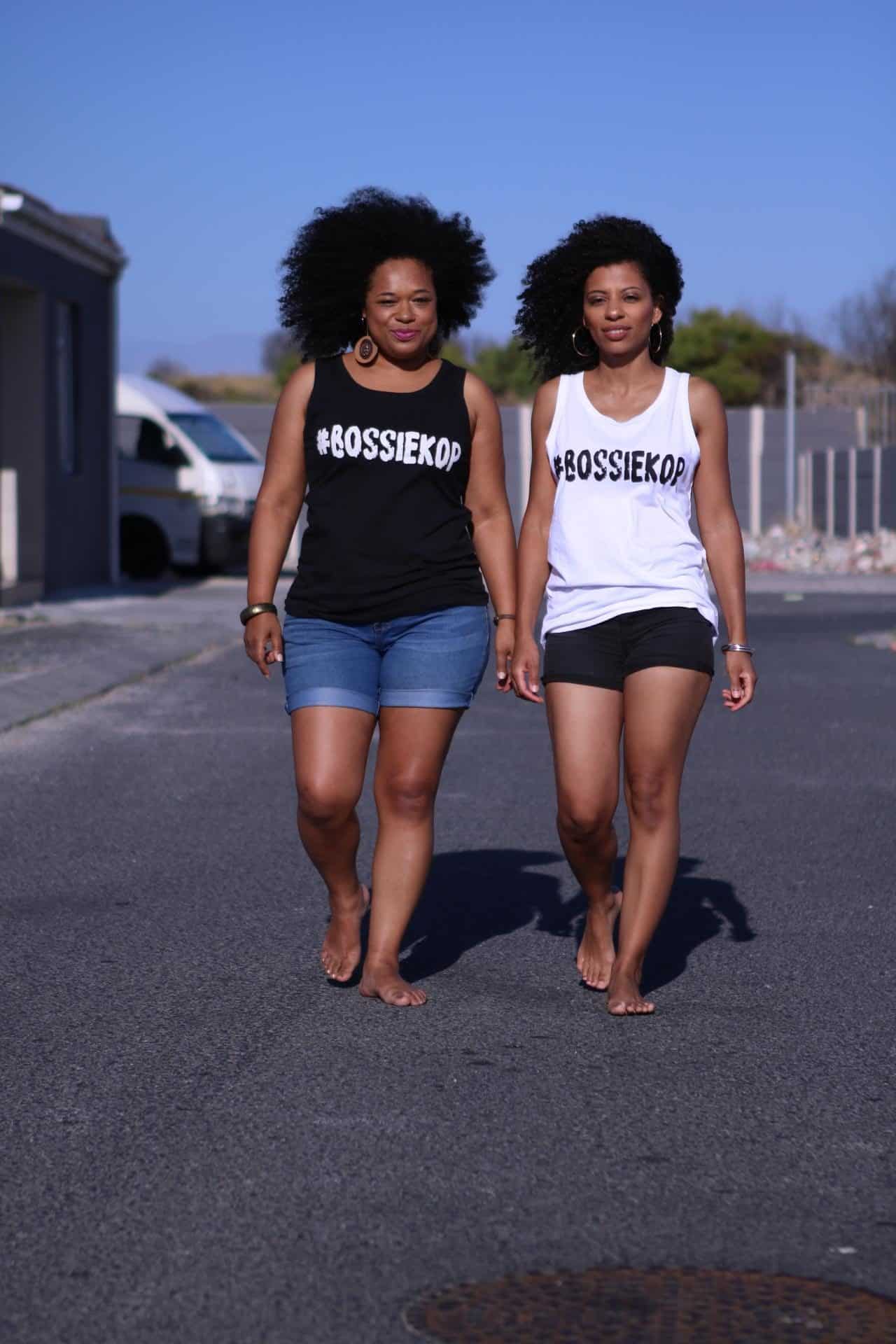 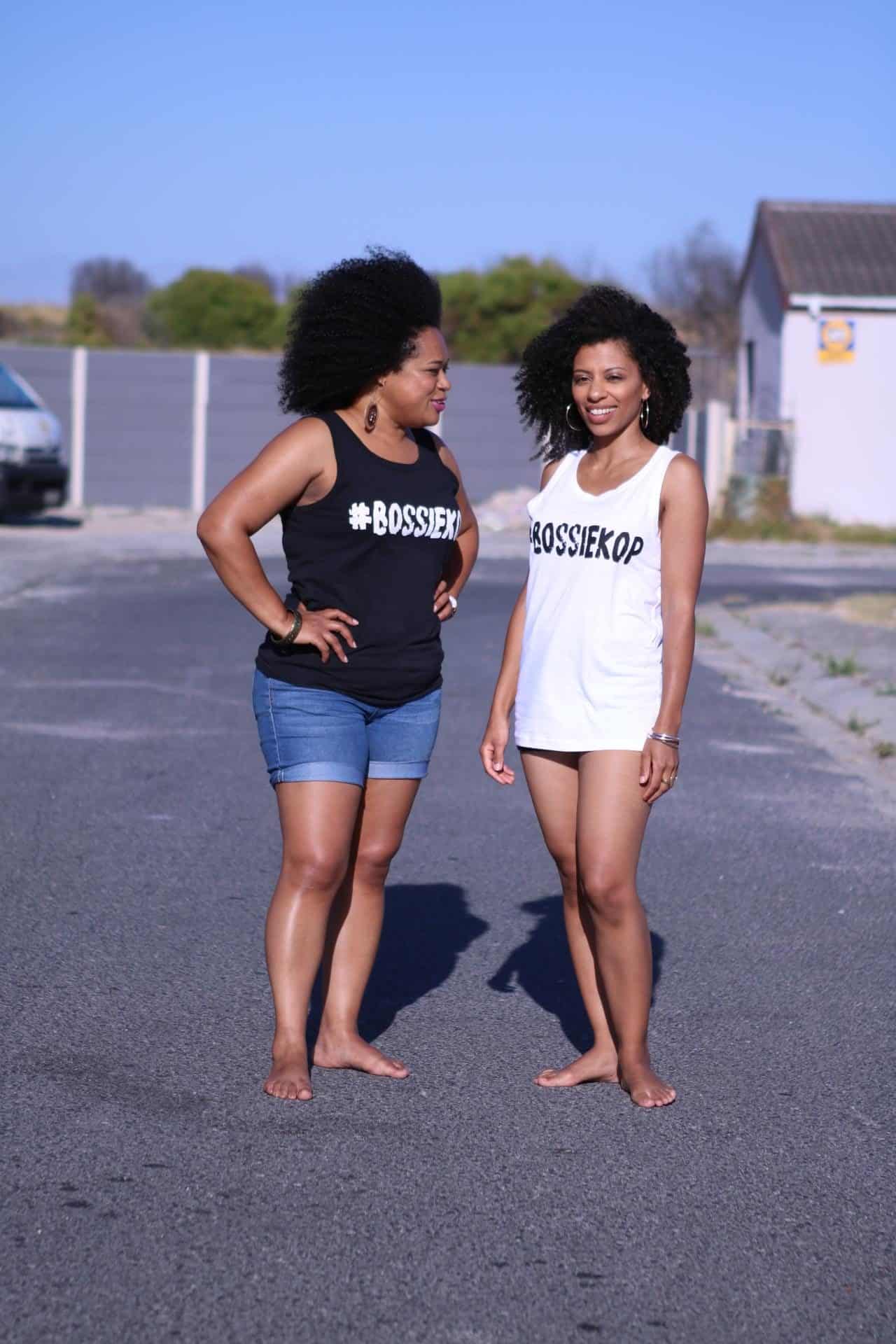 Now find out more about us by watching our Curly Girl Tag video together!